To provide the best possible service this website uses cookies. Closing the banners that are browsing the site, running anywhere in the website or by clicking any of its elements you consent to the use of it.     I ACCEPTREAD MORE
Pino Di Pietro 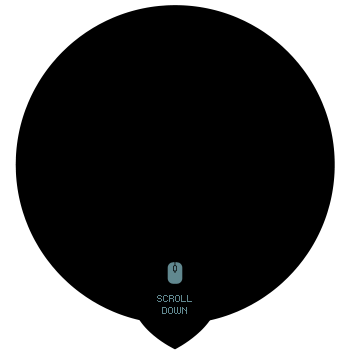 2012
I composed the sound track of the film "Poker Generation". The theme song for the theater and television show "Provato Per Voi" featuring Omar Fantini, Paolo Casiraghi and Gianluca Fubelli from Colorado Cafè.

2007
Together with Dodi Battaglia, I wrote three songs for the album "Tutto il mare che vorrei" for Daniele Battaglia, of which the first and second singles that were released "Fresco" and "Tutte ma nessuna".
I entered in the project Dolls Combers together with Manuele Tigani and Vincenzo Lacerenza, published by Warner Chappell Music.

2003
I conducted the orchestra at the Festival di Sanremo for the song "Nessuno Tocchi Caino" sung by Enrico Ruggeri and Andrea Mirò which won 4th place.

1990 / 2010
I collaborated for many years with the DJ Producer Joe T. Vannelli, as an arranger in his studio.

2003 / 2005
Together with Enrico Ruggeri, I composed the music for the Theatrical Show "Io Sono Il Mare", and was in charge of the arrangements of the Theatrical Show "L'Ultima Terra" with lyrics written by Piero Del Giudice, and the contemporary Yugoslavian poet Abdulah Sidran.

2000
I co-arranged the album "70-00" by Ron, with participation of Lucio Dalla, Gianni Morandi, Biagio Antonacci.
In the same year, I performed with the orchestra directed by Maestro Beppe Vessicchio on the Rai transmission of "Una città per cantare", to celebrate the 30 year career of Ron.

1996
I performed on the Ron tour "Vorrei incontrarti fra cent'anni".

1975
I started playing music at the age of 6, studying classic guitar, which lead to studying the grand piano, and bass guitar. I then became passionate about synthesizers, computer music and compositions.

28th August 2014, Piano & keyboard live set by Pino Di Pietro at Darsena in Castiglione del Lago (PG)
I will play my music!
2014.08.28
My website won a CSSAWARDS!
I'm very thankful for all the people who voted my site and contributed to the winning of this award! Thank you, thank you, thank you! A big hug to my friend Roberto "Iza" Baeli who did an exceptional job! Here is the link http://www.cssawards.net/pino-di-pietro/
2013.01.21
Poker Generation wins at the Costaiblea Filmfest!
Announced this morning at the press release The Costaiblea Filmfest, held at Ragusa from Dicember 6-9, 2012.
The Best First Film award goes to "Poker Generation".
2012.12.20
Dolls Combers in U.K!
Sunday, October 14th, Dolls Combers will be at the "Matt and Phreds Club" in Manchester.
If you're in the zone...
2012.10.08